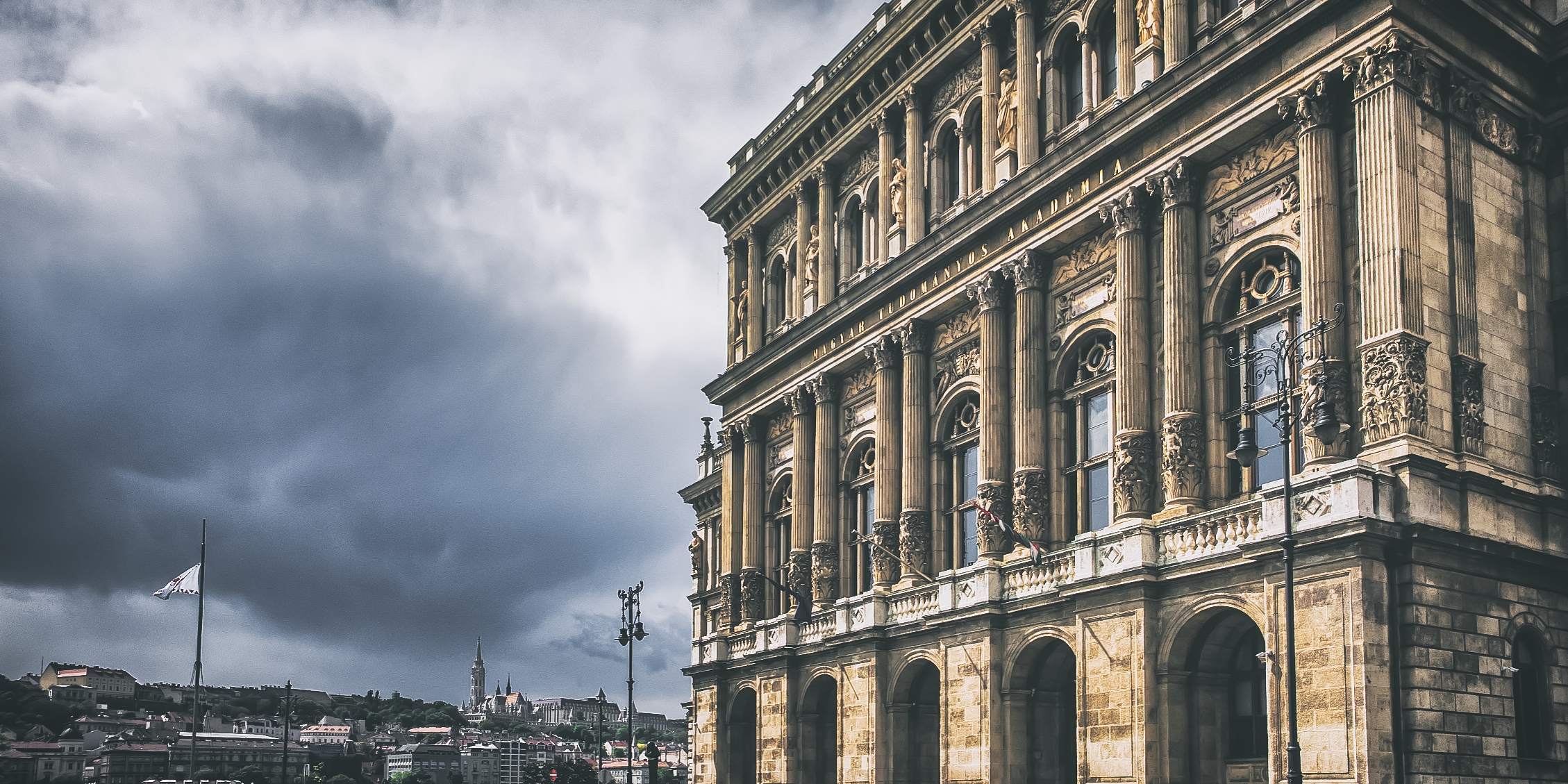 The Time of Big Deals Is Over: on the Importance of the Transition to Open Access

Over the last decades, the ever escalating subscription fees of scientific journals lead to serious financial difficulties for research institutions and academic libraries worldwide. Between 2012 and 2018, the total budget of the Hungarian Electronic Information Service National Programme (EISZ) increased more than twofold, exceeding 12 million Euros in 2018. During this time, the financial contributions of the participating institutions have raised by 700%. In case the current system remains unchanged, by 2020 the costs of subscriptions would be 10 times higher than the institutions paid in 2012. 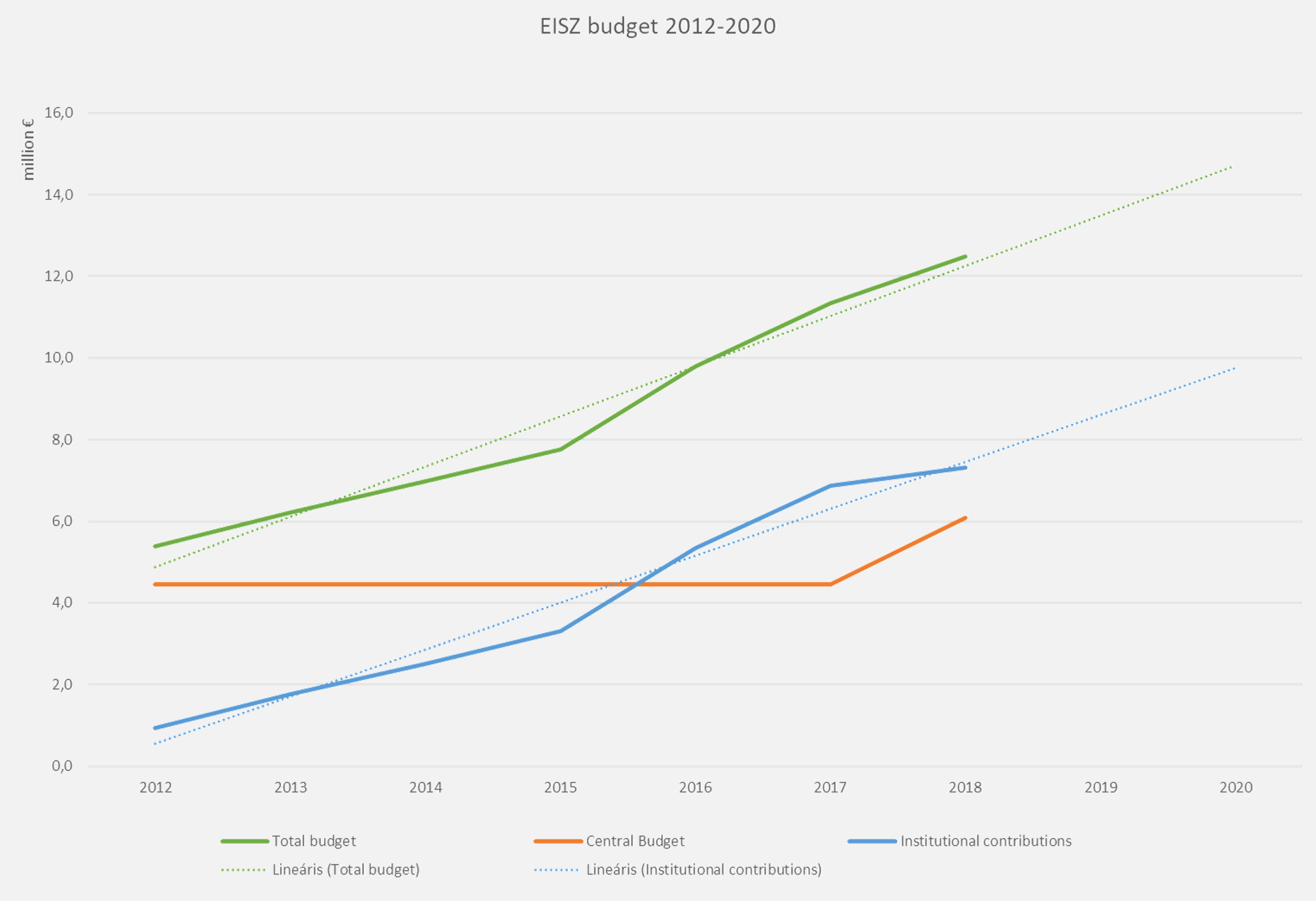 The raising costs are on one hand caused by the annual increases in the agreements between publishers and EISZ, and by the expansion of the agreements covered by EISZ on the other. In 2018, the budget of EISZ consists of three main parts: the biggest share (about 60%) goes to journal subscriptions for the large scientific publishers (7,5 million €), while the remaining 40% is divided between other contents such as additional journal collections and eBook packages (2 million €) and various (bibliometric, scientometric, clinical, abstracting and indexing, etc.) databases and services (3 million €).

Most of the journal subscriptions are achieved through big deals: the model originates from the ‘90s when publishers offered institutions online access to their full journal portfolio in exchange to the institutions’ print subscription spending. Many viewed the beginning of the internet age that it would end the serials crisis, however for libraries it only brought the rise of the big deals, which consequently locked institutions into this model.

It is clear however that what has been regarded somewhat beneficial in the short term is impossible to sustain on the long run: publishers can easily expand their portfolio by introducing new journals, thus finding new ways to inflate the subscription fees of the institutions. They are able to do this as there is no real competition on the market of scholarly publishing: all journals represent unique value to their audience and can hardly be replaced by others. Recently, as library budgets tightened or remained unchanged, more and more institution decided to either completely cancel their big deals with publishers or switch to smaller collections or individual journal subscriptions.

Moreover, as in many countries these agreements are protected by non-disclosure clauses, it is virtually impossible to compare the prices of subscriptions between countries, regions or even institutions. Hungary is among the few countries in the world, where the local public procurement regulations require the contracts to be made openly available to the public. Other countries, mostly in Europe, file Freedom of Information requests to make at least some parts of these agreements available. The lack of oversight and transparency hinders competition, as publishers charge as much as they can for the content they publish: a report on major scientific publishing contracts in Europe by the European University Association found no standard price increase amongst countries, nor any other correlation between variables such as a country’s scientific performance of GDP per capita.

At the beginning of the 2000s, several solutions have been proposed in order to stop the ever-increasing subscription fees. For example, the Budapest Open Access Initiative stated that OA could be supported with “funds freed up by the demise or cancellation of journals charging traditional subscription or access fees”.

However, more than 15 years have passed since the BOAI, but the take-up of OA is lower than anticipated: as of today, only about 20% of the total research output is available for anyone immediately at the time of publication. And although OA publishing can take various forms such as Gold, Diamond, Platinum, or Green, a massive amount of money is flowing into the system under the hybrid model, where authors are able to convert their individual articles to OA, while the journal itself stays subscription based. This approach allows authors to comply with funders mandating OA but keep publishing in their preferred journals. It also allows publishers to double-dip the institutions: charging them once for publishing, and once for subscriptions. Furthermore, there is no factual evidence that the hybrid APC spending would actually decrease the subscription fees whatsoever, as a recently published study found that despite institutions are paying more to the same publishers for hybrid OA publishing, their subscriptions fees are still getting higher and higher every year.

In order to examine the current landscape in Hungary, EISZ conducted an APC survey amongst its member institutions in 2017-2018. Based on the results, academic libraries have little or no oversight on their institutions’ total APC expenditures. Despite this lack of oversight, 5 responding institutions could still account for about 300 articles with the total APC value just over 300 000 €.

Based on our calculations, a transition to OA publishing in Hungary under the same conditions as of today (APC values and number of articles published) could result in saving millions of Euros. This calculation resonates with the white paper published by the Max Planck Digital Library in 2015 which demonstrated that there is already enough money in the subscription system to achieve the large scale transition to Open Access. The Scoap3 programme, which started in 2014, works on the same premises: by redirecting institutions’ subscription fees, it achieved that as of today more than 90% of articles published on the field of high energy physics are openly available to anyone at the time of publication.

On May 27th, 2016, the Competitiveness Council of the European Union announced the plan that by 2020 all publicly funded research should be made openly available. The OA2020 initiative by the Max Planck Society aimed to facilitate this by starting a global movement to convert subscription fees to OA publishing costs. EISZ joined the initiative in 2017 by signing the Expression of Interest.

In September 2018, research funding agencies from 11 countries and the EU announced PlanS, through which they will require that all publications resulting from their grants should be OA immediately at publication in an appropriate venue. PlanS also pointed out that hybrid OA will only be supported for the shortest possible time. In reaction to the announcement, an Elsevier spokesperson noted that if anyone wants Open Access, they should “go to Wikipedia”.

Lately, several European countries, and more recently US institutions have been entering into transitional (offset, read & publish, etc.) agreements with publishers. The main goal of these agreements is to invest in publishing fees, but instead of involving new funding streams, achieving this by divesting money from subscription fees. On the long run, the desired outcome of transitional agreements is that they will lead to purely publication-based agreements between publishers and institutions.

The biggest advantage of this model is that handling subscription and publishing fees within the same contractual framework gives an opportunity for the institutions to control their total costs with publishers: if the APC contributions and the proportion of OA articles increase, these could reduce subscription fees. These price regulatory mechanisms were only sparse or on an ad hoc basis with traditional subscription agreements.

In 2018, EISZ has two agreements which contain OA elements, and we are currently negotiating with several other that publish the majority of the Hungarian scientific output. EISZ is already preparing for negotiations regarding 2020, in order to involve the remaining publishers.

In accordance with global trends, about 20% of the 5000 publications by Hungarian corresponding authors (based on Web of Science data) are published in an immediately accessible OA format, the remaining 80% is still in subscription based journals. The involvement of the major publishers could give Hungary the opportunity to achieve a transition to OA on a large scale, without imposing any further financial and administrative burden on authors and their institutions. However, as long as this transition does not happen on a global scale, the first movers have to finance both reading and publishing as long as the majority of the global scientific output stays behind paywalls. Doing so however, will enable us to finance the raising costs of publishing expenditure by removing money from the subscription system, thus avoiding double-dipping.

In 2018, EISZ held discussions with the relevant publishers in order to implement these transitional agreements. Most of our negotiations are in an advanced stage and the majority show promising signs of development: we anticipate that soon we will be able to inform the research community about the positive outcome of our negotiations.

In case we are successful, we estimate that the Open Access share of the Hungarian scientific output would increase radically in 2019, without drastically raising the current spending of EISZ and our member institutions.

The only exception from the progressive negotiations is the one with the Dutch publisher Elsevier. Our current agreement for ScienceDirect Freedom Collection and Scopus, as well as SciVal, which constitute about 40% of our total budget expires in the end of 2018. This ratio means that currently EISZ spends nearly its entire central budget on Elsevier products, and all the other content we license are financed by the institutional contributions. Moreover, as we pointed out earlier, it is difficult to get hold of reliable data of other countries’ expenditure on big deals, but we can say without any doubt that Hungary is paying more for this subscription than some Western European countries.

EISZ initiated the negotiation process with Elsevier in March 2018 in regards to the subscription of ScienceDirect, Scopus, and SciVal by setting up a Negotiation Committee (NC). As a first step, we prepared a Request for Proposal which laid down the position of the NC: in the future, EISZ will only sign agreements with Elsevier that support OA publishing. The NC has also set out as a fundament to the negotiations that based on our analyses, the current amount of the Elsevier contract for ScienceDirect and Scopus will be more than sufficient to support both publishing and reading, therefore, the NC maximised the future contract value in what EISZ currently spends on ScienceDirect. Our position is that this fee is sufficient to finance both the access to ScienceDirect Freedom Collection and the APCs of all articles published in Elsevier journals by the Hungarian Corresponding authors.

With this construction, the publisher will be able to keep its profits from Hungary, but in exchange the Hungarian Research community will benefit from the added value of OA publishing in Elsevier journals, without any further costs, as the APCs will be covered by our agreement with Elsevier. 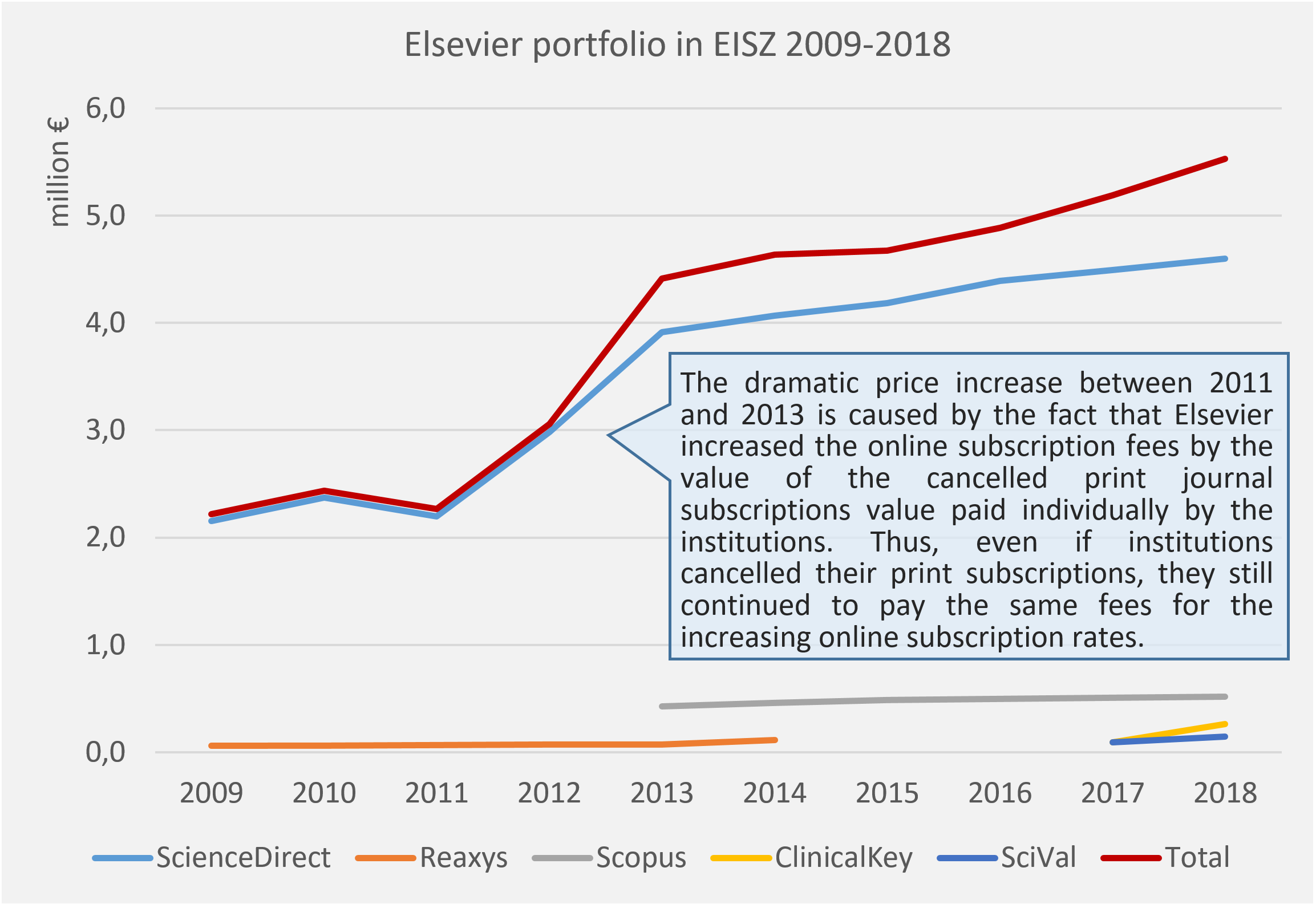 Unfortunately, the proposal of Elsevier did not address the requirements of the NC at all, as it was based on the old subscription logic with similar price increases we got used to in the past, and although it addressed that APCs need to be funded, it failed to acknowledge the possibility of co-financing reading and publishing from the currently available resources. It can be concluded that the position of the two parties did not moved closer to each other in the last couple of months.

Therefore, the procurement- and budget plan of EISZ for 2019, which has been approved by the EISZ Programme Board, does not contain the aforementioned Elsevier products, as we made it clear from the beginning of the process: we will keep working on an agreement which addresses the requirements set out by the Negotiation Committee.

The Negotiation Committee believes it firmly that traditional subscription agreements are obsolete and unsustainable, and only a transitional agreement would benefit the Hungarian Research community. Therefore, in case the negotiations are unsuccessful, Hungary will follow Germany and Sweden by terminating our subscription agreements for ScienceDirect, Scopus, and SciVal.

Our discussions with the publisher continue for the remainder of this year, and we will make sure to communicate all public information to our member institutions and the broader community about the nature of our negotiations.

Marc Schiltz, ‘Science Without Publication Paywalls, a Preamble to: COAlition S for the Realisation of Full and Immediate Open Access’, 4 September 2018, https://www.scienceeurope.org/wp-content/uploads/2018/09/cOAlitionS_Preamble.pdf.